Kia’s razor-sharp pricing for its highly-anticipated Stinger 3.3 bi-turbo sports sedan has set the market alight, but the best is yet to come.

A walk up through the three grades of the soon-to-be-released performance star from the entry-level S at $48,990 through the mid-specced Si at $55,990 to the full-fruit GT at $59,990 reveals an unprecedented value equation.

“There is a belief that any entry-level model will be, for want of a better descri-ption, sparse,” Kia Motors Australia Chief Operating Officer, Damien Meredith, said. “That is not the case with the Stinger. The S has the same brilliant 3.3-litre bi-turbo engine as the GT, the same 8-speed gearbox with sports paddles as the GT and the same ability to sprint from 0-100km/h in 4.9 seconds. “And there is safety and comfort equipment in this car that you would not normally see in anything but the top of the model range, including satellite navigation.

“It simply represents outstanding value _ starting with the S but stretching across the range.” 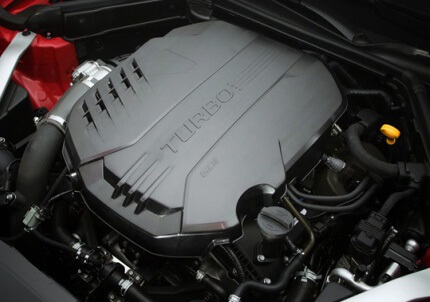 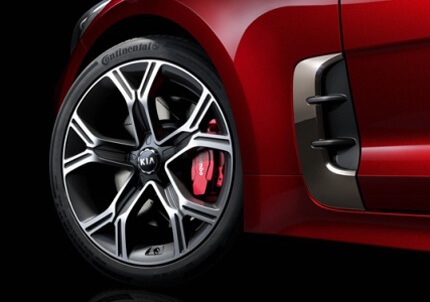 In common with all three grades the S is powered by the 272kW 3.3-litre bi-turbo V6, making an impressive 510Nm and coupled to Kia’s proven in-house eight-speed automatic gearbox driving through the rear wheels. The 4.9 second 0-100km/h sprint is aided by the standard launch control function.

Helping to keep the power under control is a mechanical limited slip differential and a set of Brembo brakes (350mm quad piston front and 340mm dual piston rear) designed to pull the speed off as efficiently as the bi-turbo engine pours it on.

On the passive safety front there are seven airbags including a driver’s side knee bag, front seatbelt pre-tensioners and load limiters.

The driver enjoys 8-way adjustment for the artificial leather sports seating while the front seat passenger can adjust their seating six ways to find the optimum comfort position.

Stepping up to the Si adds a raft of extra features including 19-inch alloys with 225/40R profile front tyres and 255/35R19 rears.

On the comfort and convenience front the Si gains Advanced Smart Cruise Control, while in line with the S there are four cup holders and four bottle holders, a centre console storage box and front seat pockets but the Si adds an under floor luggage tray and a luggage net. 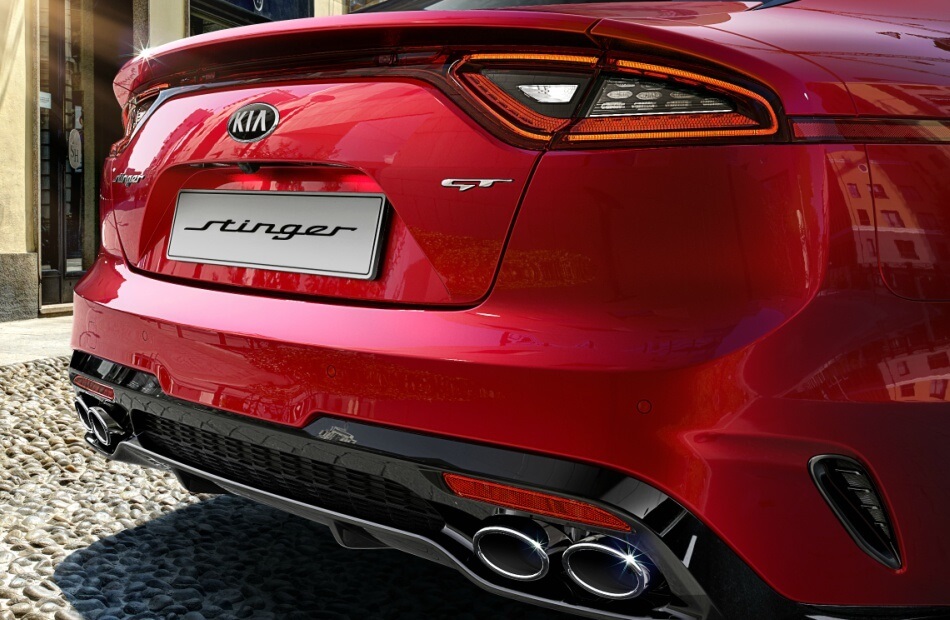 At the top of the grade the GT is packed with extra features.

There are a range of external cues unique to the GT, including electrochromic door mirrors, LED headlights with auto leveling, powered sunroof and two bespoke colours _ Aurora Black and Snow White Pearl.

The seating becomes Nappa leather with GT logos and the addition of lumbar support, powered bolster adjuster and thigh extender. There is a two-position seat memory with easy access button and a D-cut steering wheel.

The instrument cluster steps up to a 7-inch colour TFT-LCD screen, alloy sports pedals become standard and suede makes an appearance in the interior roof and pillar trims. There is also a wireless phone charging capability.

A complete specification list will be released at launch.

Register your interest
Back to News