It was three times a treat for Kia at the prestigious Australia’s Best Car Awards with wins for Picanto in the Micro segment, Cerato S in the Small Under $35,000 category and Carnival in the Family Wagon battle. 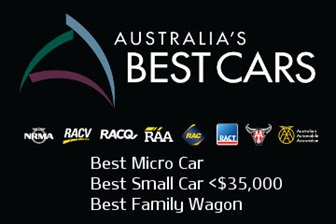 It was the second year in a row that Kia had scored three awards in what is recognized as the pre-eminent real-world Best Car awards.

“The judging panel was impressed by the build quality and design across the full Kia range,” one judge said. “It was a very impressive display.”

Kia had eight finalists in seven of the 15 categories judged _ at least one in each of the segments in which KMAu sells cars in Australia.

“To have been awarded three category wins for the second year in a row is certainly pleasing _ and humbling,” Kia Motors Australia Chief Operating Officer Damien Meredith said. “The recognition of Kia’s value, quality, practicality and safety continues to grow and is endorsed by such relevant awards as the ABCs.”

In finding the Picanto to be a clear winner in the Micro section the ABC judges praised the little car for its “nimble” handling with ride quality at the top of the class. “There is no denying Picanto is tiny, but for a car of its size the interior space is used efficiently,” the judges said.

When it came to the Small Car Under $35,000 the judges found that the Cerato S “backed up its value for money numbers with consistent scoring for space, practicality, comfort and equipment”.

“On the road, Cerato efficiently tackles urban commuting but is flexible enough for longer highway journeys too,” the panel found.

With regard to Carnival the judges liked the combination of quality build, composed drive, practical packaging and space _ lots of space.

“Even when carrying a full complement of passengers, the sheer size of the Carnival means there is still room for their luggage, a highly desirable feature that very few other family wagons can claim,” the judges noted.

Unlike most of the Car Of The Year Awards, the ABC Awards are open to any car on sale in Australia, not just those launched in the consideration year.